Singapore GaGa (新加坡疯) is a paean to the quirkiness of the Singaporean aural landscape. It reveals Singapore?s past and present with a delight and humour that makes it a necessary film for all Singaporeans. We hear buskers, street vendors, avant garde musicians and madrasah school cheerleaders sing hymns to themselves and to their communities. From these vocabularies (including Arabic, Latin, Hainanese), a sense of what it might mean to be a modern Singaporean emerges. This is the first Singapore documentary to have a cinema release. It had a sold out 7 week theatrical run at The Arts House. With English and Chinese subtitles. The DVD released second half 2006 and it is still on sale at Objectifs.

“Ingenious, warm and ironic documentary about the rough edges of the most manicured city in the world. A documentary with character and real protagonists. With a sensitive ear and a sharp eye, she records what often is not heard or seen. The absurd in everyday life. Despite its light tone, the film has a lot to tell us about modern life, especially in Singapore. a country who wants to make rules for the unruleable.”
– GERTJAN ZUILHOF, ROTTERDAM INTERNATIONAL FILM FESTIVAL

Singapore GaGa was conceived with support of the Asia Artist in Residence Programme, University of Technology, Sydney, Australia 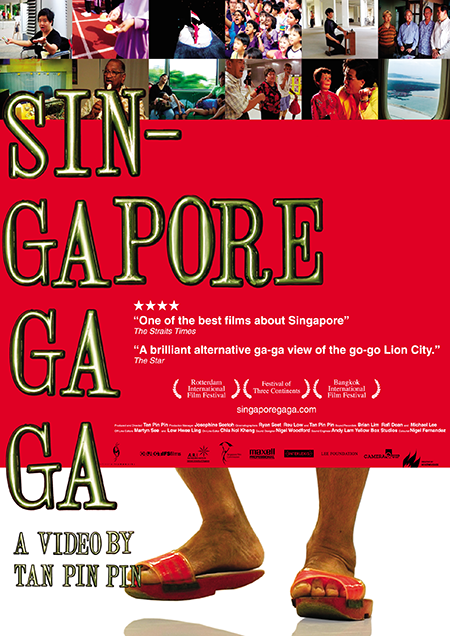