One and the half years in the making, my new film, To Singapore, with Love will world premiere at Busan International Film Festival on 6 October in the Documentary Competition. I look forward to going to Busan to attend the screenings and the Q&As. Looking to release the film in Singapore in early 2014.

Short Synopsis
To Singapore, with Love is a film about Singapore political exiles some who haven’t been back for more than 50 years. The exiles ruminate about their lives away from home. Its a portrait of Singapore, from the outside.

Director Tan Pin Pin attends a funeral in the hills of southern Thailand, a family reunion in Malaysia, and goes for a drive through the English countryside, searching the world for the displaced souls of Singapore: different generations of Singaporean political exiles who have not been able to come home. Some have not returned for 50 years. She finds out how they have lived their lives away and how they still view the Singapore of their dreams. As they recount their lives to us, we see a City that could have been. A love letter to Singapore, shot entirely outside the country.

This film is made with the support of the Asian Cinema Fund, Busan International Film Festival, who also supported Invisible City (2007).

Get the latest film updates from the film’s facebook page 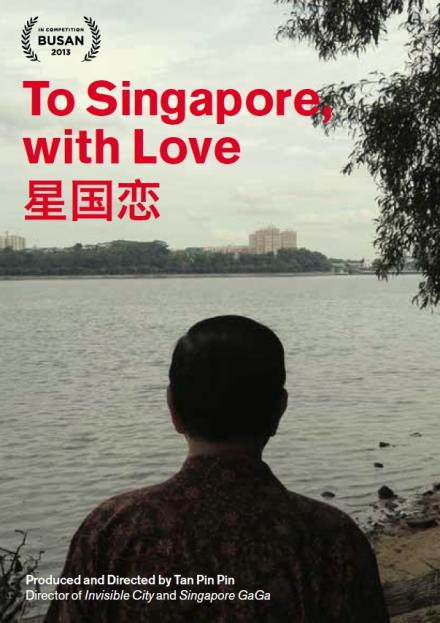