When I was recuperating from Singapore GaGa, I went to hang with my friend Aileen Li in Taipei, my favourite Asian city. She was also recuperating from her film (Formula 17, Producer). One afternoon, we went to hang in a cafe called Norwegian Wood (named after the Murakami novel, not the song) in a back lane near Taiwan National University. In there we met another recuperating director Robin Lee (Shoe Fairy). What was the filmmaker-in-state-of-repose Robin doing? She was bent over a pile of serialised comic books pleasurably gobbling them up. She had been there the whole day. She reminded me of how, when I completed Rogers Park, I spent three weeks doing nothing but reading A Suitable Boy (A fat book, small words, not particularly good, but I read it all because I could). Anyway, I thought of her when I was traipsing in Chiang Mai, Thailand. Here, I stumbled upon the best 2nd hand English bookstore in this hemisphere, Back Street Books. It stocks everything from the full list of Rushdie, Harry Potter, Ian Fleming, Murakami (of course), books on philosophy, even Han Su Yin. These are books left over from maruding backpackers. What did I buy? A volume of The Fall of the Roman Empire and a book of essays by Jonathan Frazen about the death of the novel. Its nice to read about other people’s problems for a change. 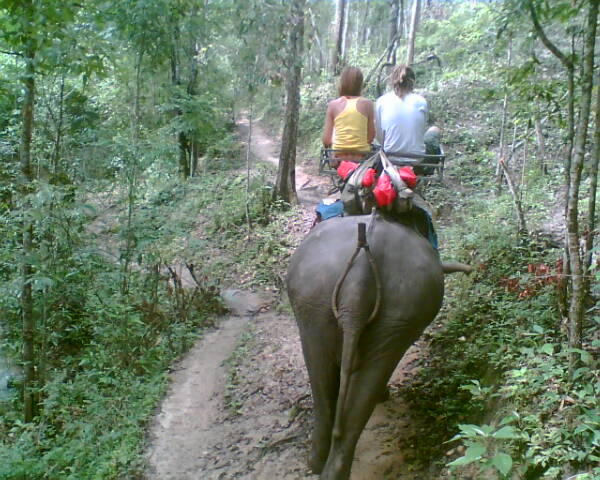