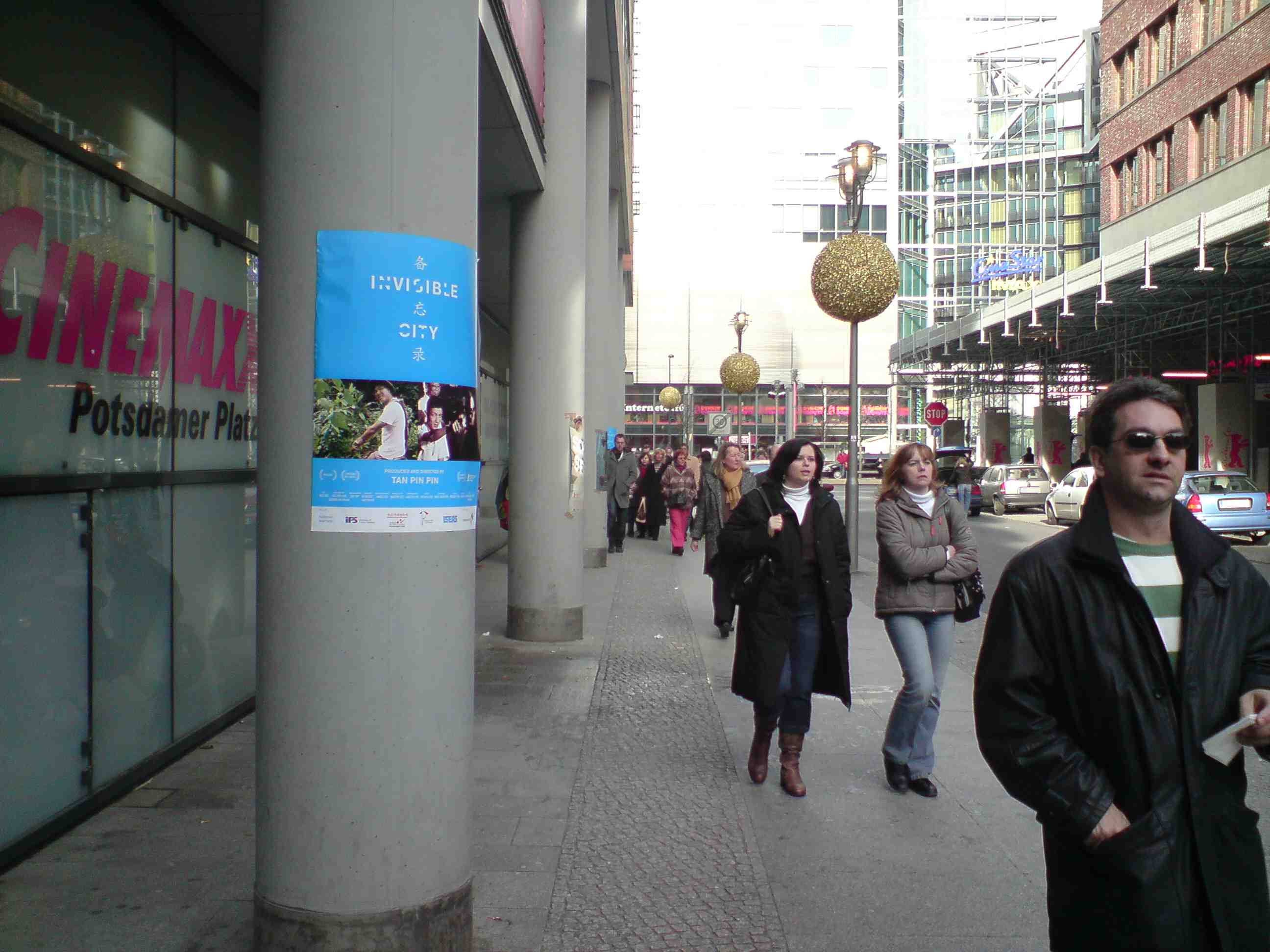 Berlinale is a huge festival consisting of many parts, the monied, the red carpet stars (Rolling Stones opened the festival), the programmers, the film school (Talent Campus), the press, all 1,200 of them. The different ecosystems co-exist cheek by jowl with not much overlap. We worked hard to hop around since it was more comfortable to just settle in one’s own turf, to just hang with our posse
In 7 days, I watched a total of 3 movies, attended 3 Master Classes at the Talent Campus and sat through three of my own screenings. The rest of the time was filled with conversation. Caught between a film and a chat, I found myself choosing the latter, preferring to connect with people rather than projections of them.

Made time though to catch Thai film Wonderful Town. Its director Juk (Aditya Assarat) is an old friend whose work I have been following since 2001. Its now winning prizes all over, garnering rave reviews. Critics hail that they have discovered a new talent. New talent my foot! Juke has been plugging away for more than 10 years and he is finally getting the break he deserves. Wonderful Town opens in France in April. Its a love story set in a post-tsuami Southern Thai town. It is an utterly pleasurable viewing experience, a smoldering and sexy film with not a shot out of place.

I also caught Drifting Flowers (????) by Taiwan director Zero Chou (her Chinese name is more prosaic, ???) who also directed Spider Lillies ?? and Splendid Float (SIFF 2004) I promised Zero that I would be there for her world premiere. It consists of three inter-twined stories about working class T-boys. It wasn’t perfect. At parts it was so melodramatic it was funny. Still, I felt it was made from her heart. Zero knew her audience and this film was for them. 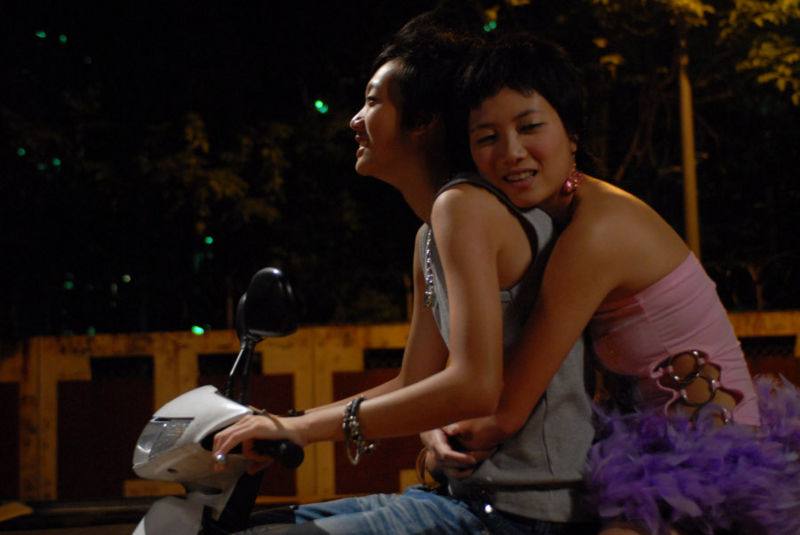 Finally, RR, by James Benning. It consists of shot after shot of trains coming in and going out of frame, the frame unmoving. It is a structural film, a lesson in framing, of using screen space and of pacing. The rhythms and repetition created its own anticipation since there was no plot to speak of. Invisible City was originally set up to be a Benning-esque film of Singapore spaces until I realised that I enjoyed people too much to bear with the solitude needed to make a Benning-esque film. Every screening I attended was packed to the gills. For these last two, I had to sit on the stairs.

My own screenings were full. I am bewildered how this came to be (certainly not from our posters which were torn down every time I put them up) Was it because the Forum have been cultivating their audience for 38 years for this kind of fare or Berlinalers really trust their programmers?

The Q&A moderators knew the film inside out and they raised the broad themes of forgetting and the audience latched onto her groove. (how the Japanese cope with the memory of their occupation, the role of Ivan Polunin as a central figure in the forgetting etc). Of course, the irony that Invisible City, about the insurmountable gap between the present and the past, was screening in a glass and steel plaza on top of what used to be no-man’s-land between the east/west Berlin was not lost on me.

The screening facilities were top notch. Before Invisible’s screening, I asked the projectionist not to turn on the lights until the credits ended because there was an epilogue. She looked at me, offended that I should think she might want to do that. “We don’t turn on the lights during the credits here at the Arsenale”, she smiled. I have a strong memory too of the technician who stood by to adjust the audio real time during the screening so that sound levels would be just right.

Too many films I did not catch, people I did not meet

My last day, Oi Leng suggested that we take a tram, any tram all the way to nowhere. So we hopped onto the M4 tram and took it all the way to an East Berlin burb. This is a shot from the top floor of a block of public flats. It was a wintry day 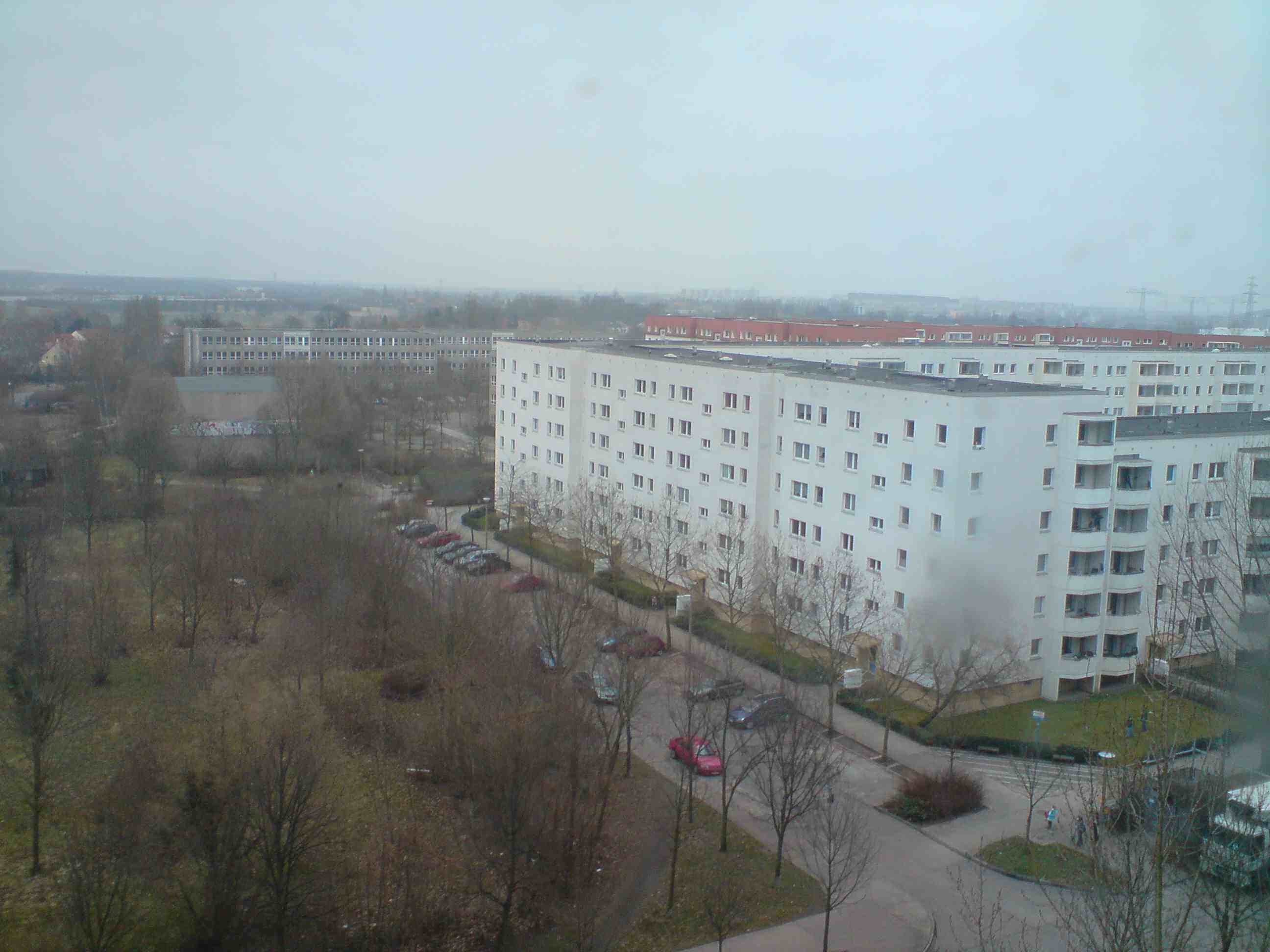