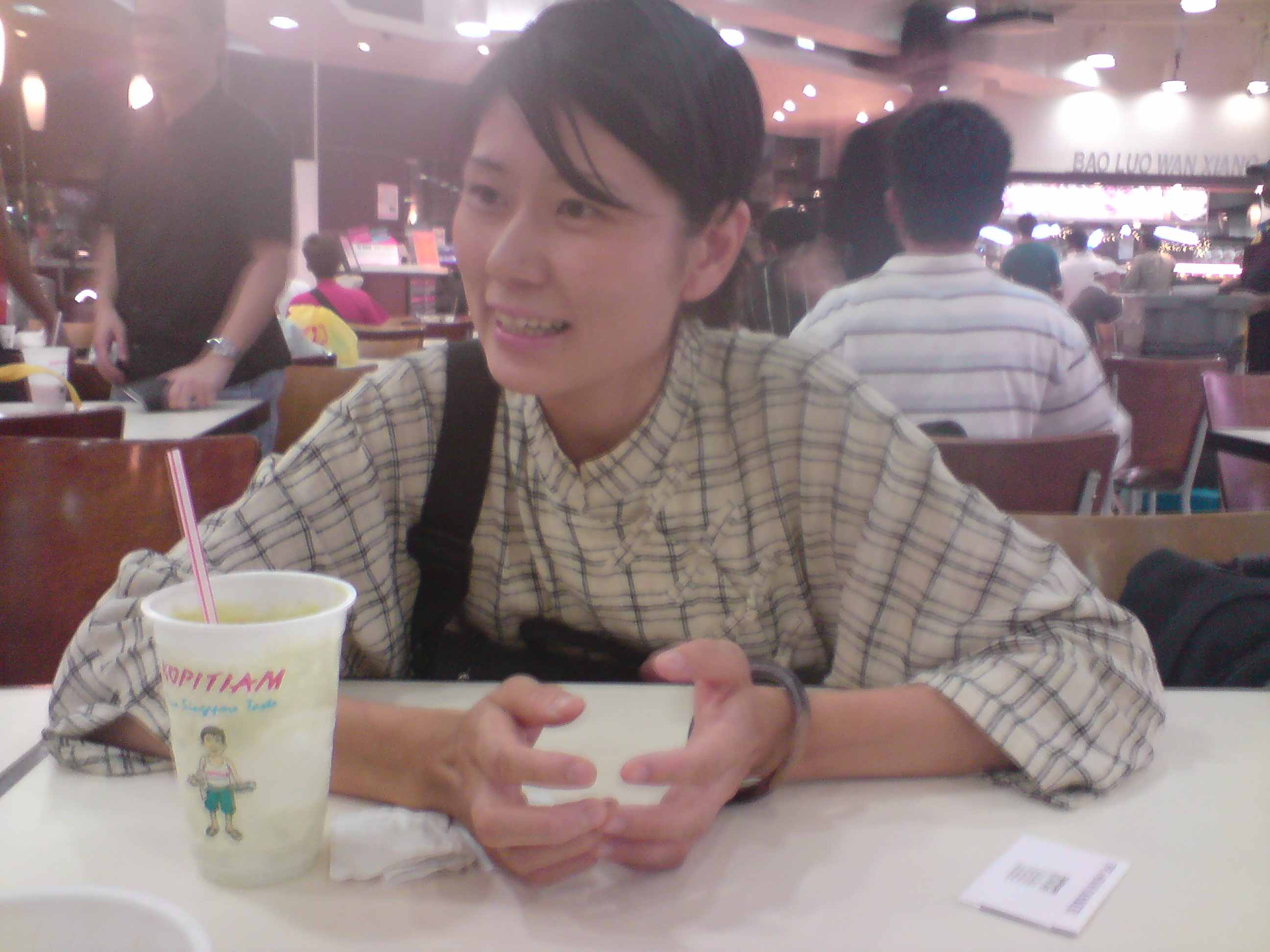 Matsuoka Naomi was in town for her screenings at the Japanese Film Festival whose theme this year was Women. Her two films Pathos and Broken Blossom were screened along side Naomi Kawase’s Birth/Mother. From their titles, you have an idea how they all connect. Just before her screening, I had a chat with her.

Me: You have come all the way from Osaka, why don’t you stay longer instead of rushing back after just 1.5 days

Naomi: I have to go back to my children (6 & 2) My husband is looking after them now. He can’t cope by himself for too long.

Naomi: Now that the elder one is in school, I work part time as a photographer for websites

Me: How do you find time to make films if you have to look after the kids yourself?

Naomi: I make films about my children, my family.

Only after seeing her work, did what she say make sense. In her films, she turns the camera onto her family. Her films feature their deaths, births, her familial relationships in very domestic settings. Getting the tone right for these autobiographical films is always difficult. In less secure hands, it would have been an irritatingly long home video. In her hands, she connected with the wider world.