Great news. Invisible City has been accepted to International Premiere at Pusan International Film Festival in October. Last year, PIFF provided finanicial support for Invisible City based on a 3 min trailer and a treatment. Now they are presenting the completed film to the world so this is a homecoming for them and for me.
Opus blogs about Pusan 06

For myself, international festivals are an opportunity to test Invisible City, to see if its internal scaffolding can traverse cultures, if this work that was made for a Singapore audience can survive and thrive out there, and if it does, in what form. 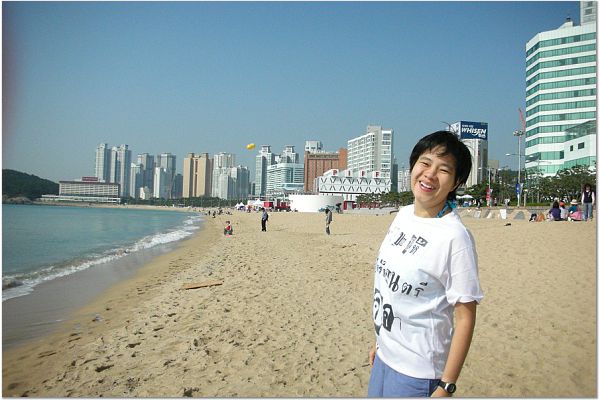 Taken by Yuni Hadi at PIFF last year on the Hyundae (sp?) Beach where the festival is set (very Cannes-like, real sand). We country bumpkin Singaporeans saw the expansive ocean and decided to go for an early morning ocean plunge. The locals we were aghast, it was past the swimming season, the water was very chilly. I promptly caught a cold