Singapore GaGa screened with Invisible City at Blitzmegaplex in Jakarta. There was a queue which made my father who was there very pleased 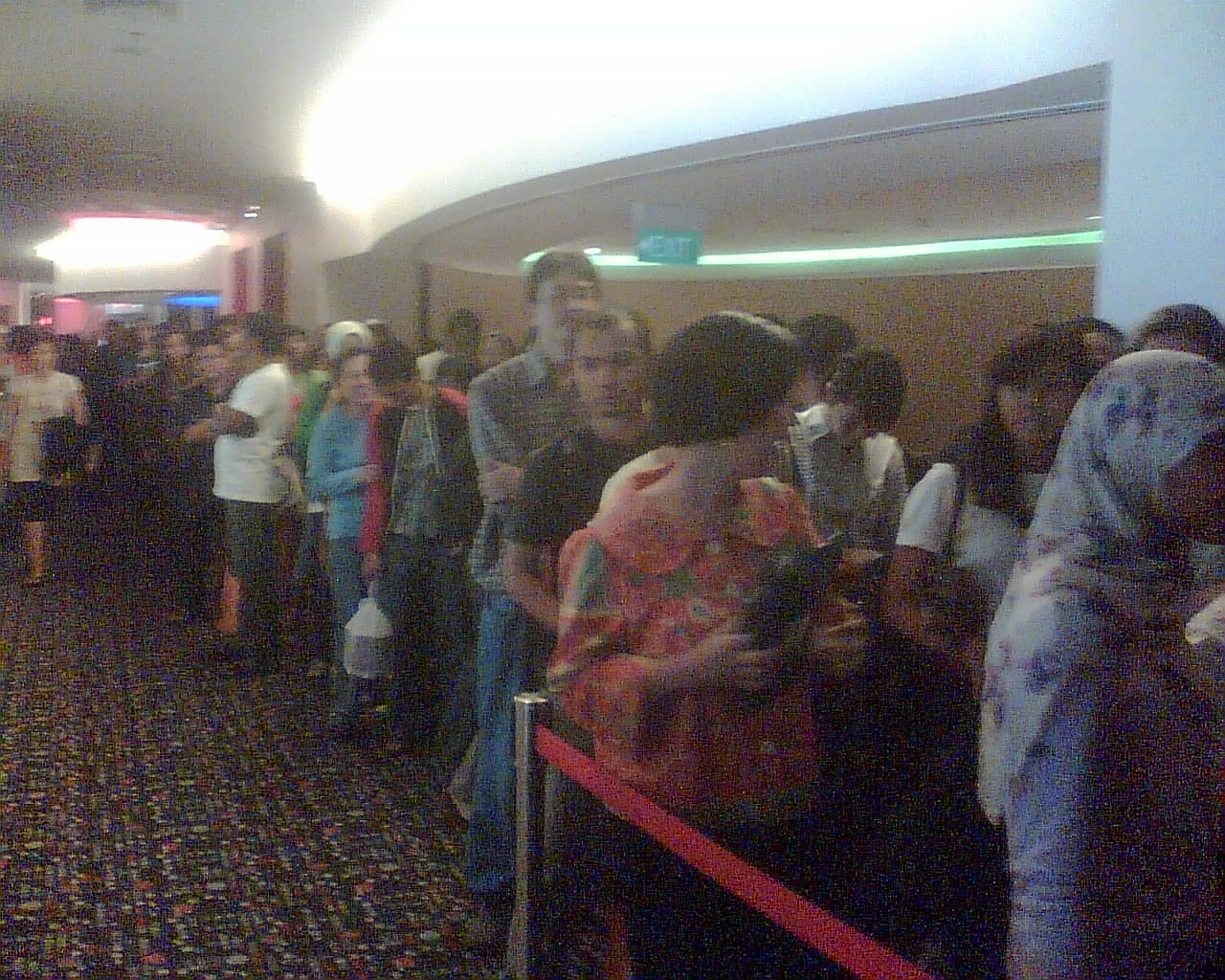 Shortly before that, Invisible City screened at the Tangent’s Exhibition. It was advertised in Zaobao so quite a few people turned up. There was a long and interesting Q&A. Here, a picture of two who stayed on to chat. There are photographed with the exhibit, because they are the exhibit. 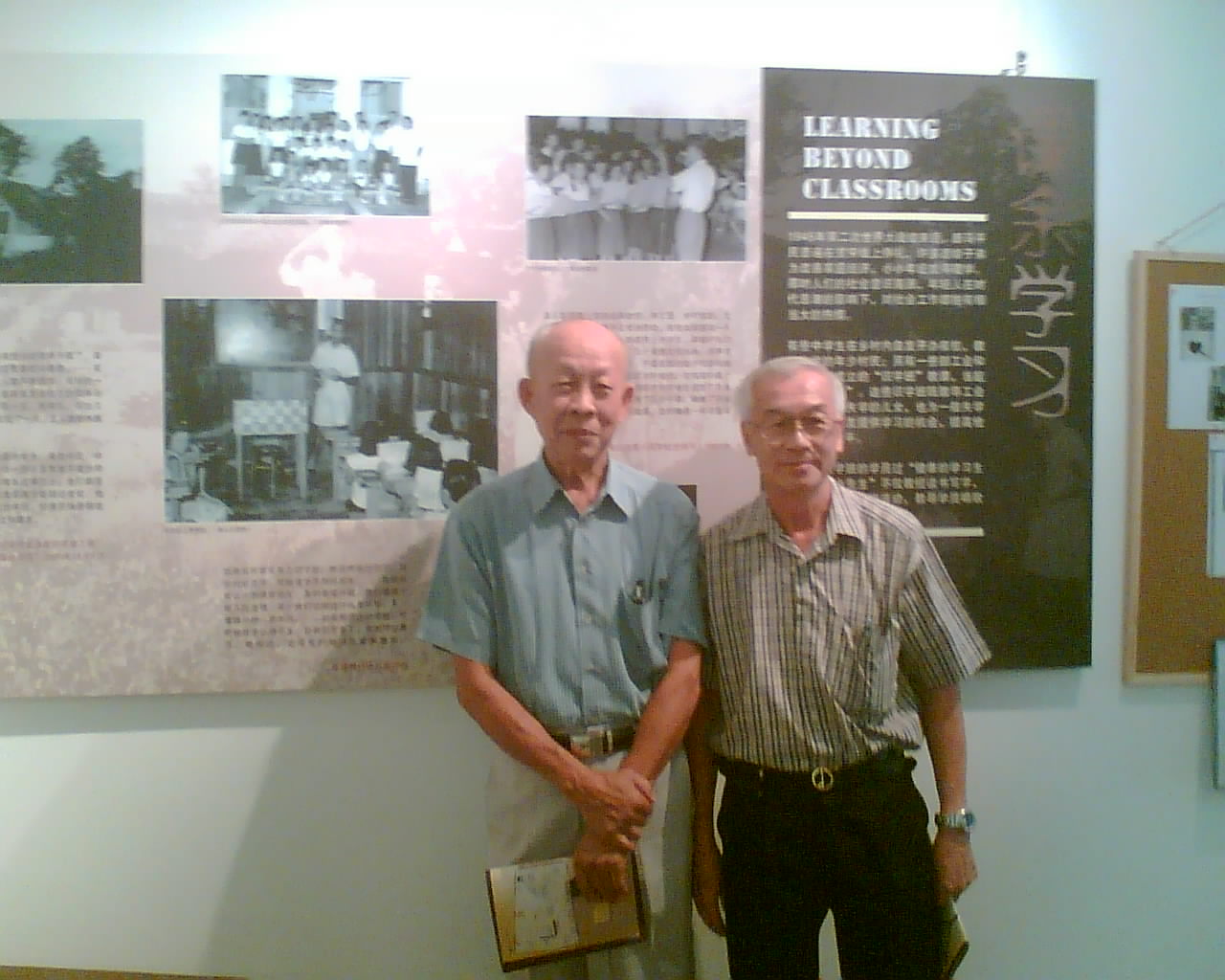 Before that, Invisible City screened at WOHA Architects (Singapore), in their new office gallery space. It was special showing the film to architects. They innately understood the (futile) attempts at immortality, after all what is a building but an attempt at permanence. The Q&A was vigorous, but this time it was lubricated by lots of wine. It was nice to see WOHA’s principles Richard and Mun Summ (top right in pic below) again, we were neighbours before I became an en-bloc victim. More pictures here 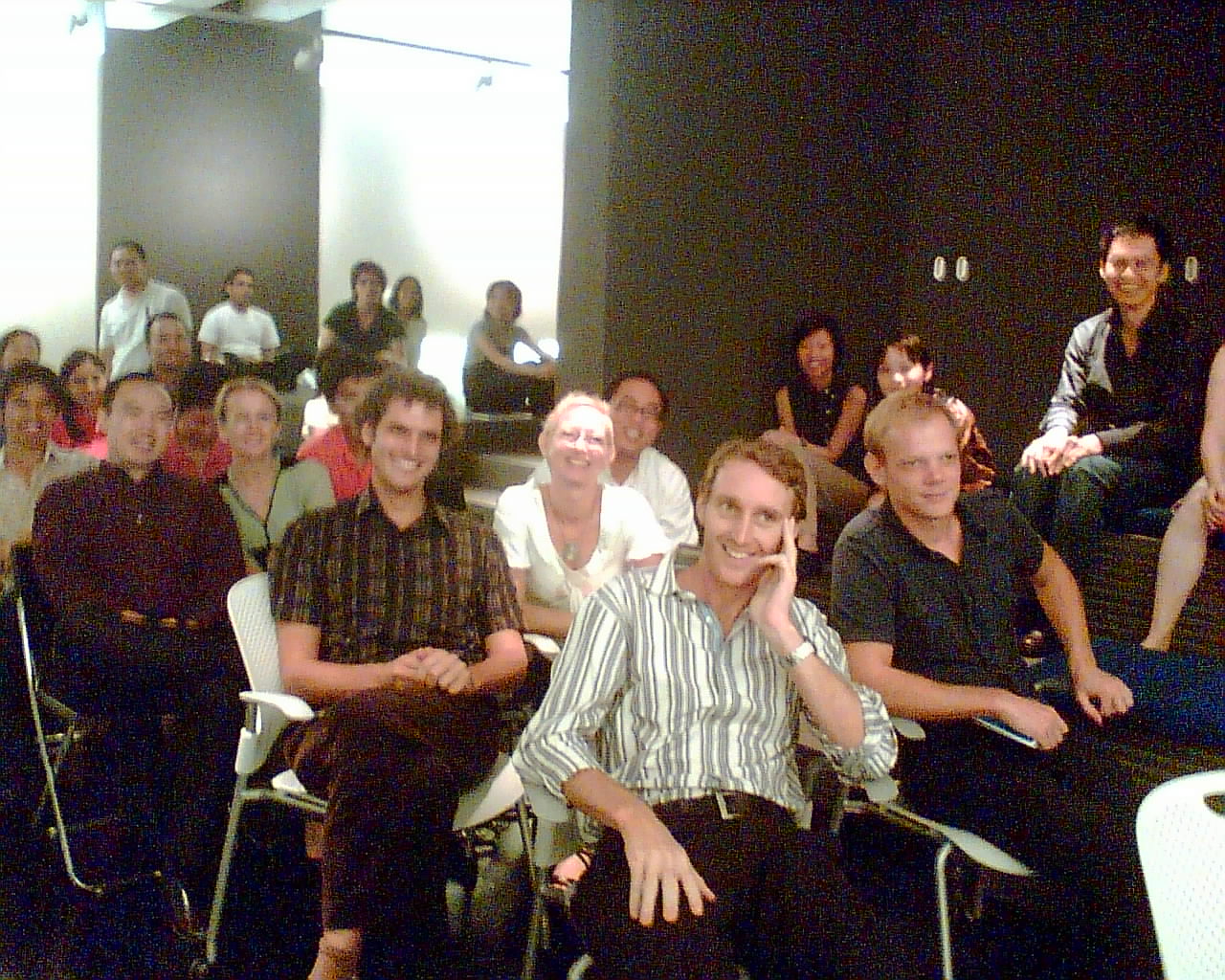 So the tour goes on, I think this is the fun part of filmmaking, the showing bit, and showing it to its different constituents, silenced ex-revolutionaries, arty architects.