In Manila for Cinemanila, the jury had the privilege of being invited to Malacanang Palace (Philippine’s White House) to attend the prize giving ceremony for the film festival winners. The prizes were awarded by President Arroyo herself. I was surprised that films was given so much “face”. (It would be like PM Lee, Nathan inviting SIFF & filmmakers to the Istana) The event was accorded two hours of the President’s time at the height of the financial crisis.

But Philippine films are enjoying international festival attention and this was the film industry’s moment in the sun. The event was surreal because it was very casual. President herself wore an ABBAesque pant suit. There was minimal protocol and security. We were allowed to walk around the palace ourselves after the event and we could take pictures freely. (Perhaps all Presidential Palaces should be as informal, why shouldn’t it?). The palace was grand but it wasn’t intimidating. The only time the guards approached us was when they asked Edwin Blindpig and Amir to smoke away from the building.

So here, pictures of our excursion in the Palace 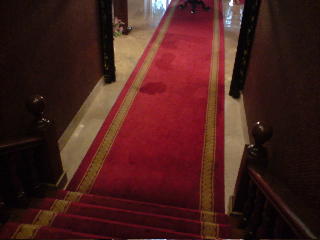 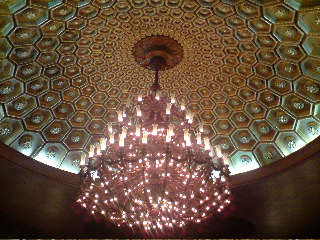 We passed this alcove on the way to the hall. It appears that Catholicism is emeshed into the Constitution as 350 years of Spanish colonisation would do to one. 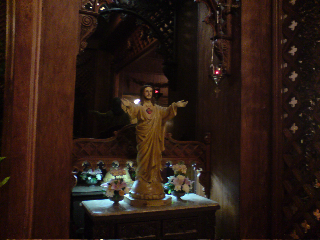 There was a hall with all the portraits of past presidents. I expected Marcos’ to be absent, but there he was next to the portrait of Aquino 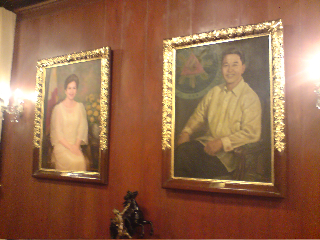 Gloria Arroyo in her ABBA outfit! 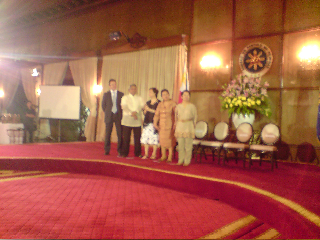 Us renegates, myself, Amir, Pimpaka Towira, Rebecca under President Gloria’s portrait, how nice of them to site a bench there. 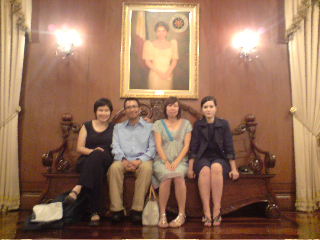 Group portrait with President Gloria again, I am the blur blob behind in black 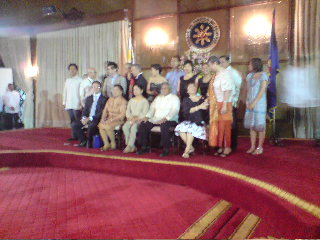 Cercado sisters performing. Very Celine Dion. The MC said they were best known for winning in the 2006 World Championship of the Performing Arts in Hollywood, California.

Bienvenido Lumbera and Pete Lacaba in their barongs. The former is the current National Artist (This appointment comes with a state funeral) and the latter, a journalist/poet/scriptwriter. Pete wrote many of Lino Brocka’s finest films. He told me that he was in the same Palace the night the Marcos regime fell as a reporter. He received the Cinemanila Lifetime Achievement Award. He had the benign quality of someone who had seen it all. 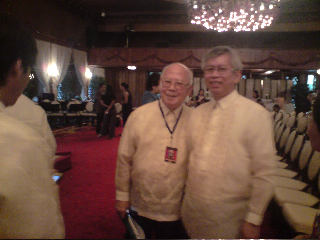 At the back of the Palace was a fast moving river, this is the same pontoon from which ex-President Joesph Estrada escaped and there Amir stood that day.