My mother’s cousin’s son sent us a picture of my mother’s school in KL, St Mary’s School. All my aunts and their cousins went there too. The boys went to Victoria Institution. Though I had heard her talk about the school, I have never seen it. It is a beautiful building, expansive but not unfriendly though the girls look dwarfed by it.

Later she went to university in Melbourne, Australia. Her education there was supported by the whole extended family. When we were growing up, everytime we met a grand aunt/uncle and there were many, my mother would say, so and so “gave this amount every month to put me through school”. She never forgot and didn’t want us to either. At Melbourne University, she met my father and after graduation, moved to Singapore where she spent the rest of her life. I wonder if they considered moving to KL instead?

Would my life be very different if they did? 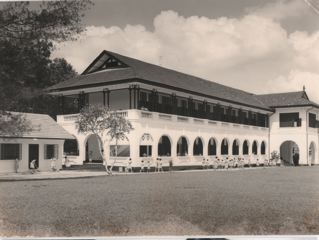 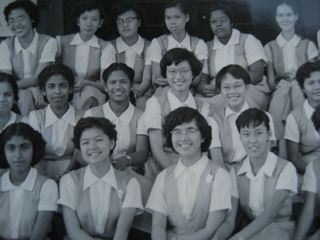